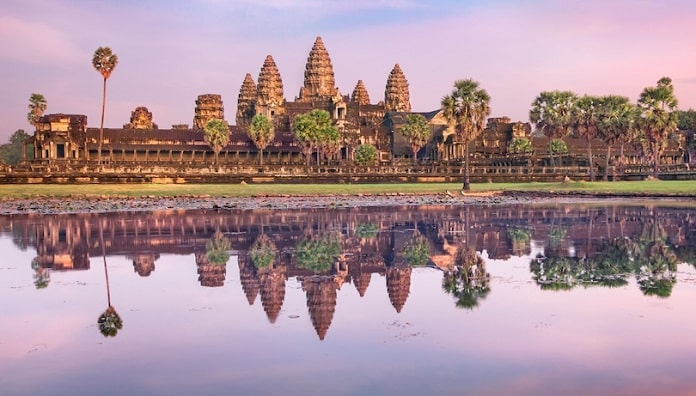 7 Most Popular Temples In Asia You Should Visit

Undoubtedly, Asia is a home to many beautiful temples displaying significance and glorious history of various religions like Buddhism, Hinduism, Jainism etc. Apart from beauty, the Asian temples are known for their magnificent art work. Here are the some of the most popular temples in Asia that you should visit.

Built by King Suryavarman II in 12th century, Angkor Wat is the world’ largest religious monument exhibiting the best example of ancient architecture. It is also featured on the flag of Cambodia. Initially, Angkor Wat was constructed as Hindu temple but later, it turned into Buddhist temple. The temple is also included in the list of UNESCO’s World Heritage Sites.

Situated in Southern Beijing, it is a Taoist temple constructed between 1406 and 1420 by Emperor Yongle. Temple of Heaven comprises three major structures namely the Circular Mound Altar, the Imperial Vault of Heaven and the Hall of Prayer for Good Harvests. There is also a vast public park surrounding the temple complex, where local residents practice Tai Chi in morning and on weekends.

It is one of the most famous temples in Delhi, India. As its name suggests, the shape of the temple resembles lotus flower. Lotus temple is the Bahá’í House of Worship surrounded by garden and ponds. The temple is visited by many people every year. It has won many awards because of its impressive architecture.

4. Temple of the Emerald Buddha, Bangkok

Also called Wat Phra Kaew, the Temple of the Emerald Buddha is the well-known Buddhist temple in Bangkok. It enshrines one of the world’s oldest Buddha Statues the Emerald Buddha( Phra Kaew Morakot) adorned with gold clothing. The Buddha statue is beautifully carved from a single jade stone. The calm environment of the temple offers peace to the visitors.

Tiger’s Nest Monastery or Paro Taktsang, lies on the edge of 3000-feet cliff in the Paro Valley, Bhutan. Originally, it was built in 17th century around a holy cave and restored in 1998 after a fire incidence. This temple complex is dedicated to Guru Padmasambhava, the saint who meditated in that cave. It takes about 2-3 hours to reach the temple from parking lot.

Golden temple, also known as Sri Harmandir Sahib, is a scared shrine of Sikhs. It is located in the Punjab state of Northern India. The white marble, gleaming inner sanctum and outer sanctum made up of gold are the highlights of the temple. It attracts thousands of people irrespective of their religions from all over India every day.

It is the Bagan’s second tallest temple. Gawdawpalin temple was built in around 12th century but heavily damaged in 1975 due to earthquake and then restored in the following years. The temple looks similar to Thatbyinnyu temple, which was constructed in 1144. Gawdawpalin temple consists of 4 upper terraces and 3 lower terraces. Small stupas are positioned on the corners of both terraces.

Things to keep in mind while travelling in Winters