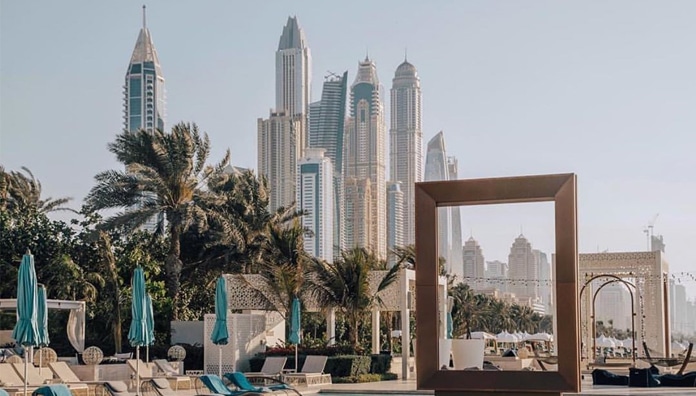 Burj Khalifa- High In The Sky

Burj Khalifa, standing tall at 2717 feet, is the world’s tallest building. Piercing through the sky, it is such a pleasure to the eyes. It is a true example of human ingenuity for its exceptional work of art and that’s why it has been called the ‘Jewel of Dubai.’ Burj Khalifa looks like it almost touches the skyline because it is just so tall! The view from the top floor is uninterrupted and spectacular of the entire Dubai city. It was previously known as Burj Dubai. Before Burj Khalifa came into existence, the credit for the world’s largest building was with Taipei 101, standing at a height of 1046 feet.

History & Construction- the mind behind Dubai’s iconic building is Adrian Smith who also designed the World Trade Center. Burj Khalifa was designed and built keeping in mind the ethics and culture of the Islamic tradition. This is the reason; it displays Islamic architecture inside the building like minarets and onion-shaped domes. The construction of this stunning structure goes way back in 2004 when it was commenced. Then finally after 6 years in 2010, it was ready with its doors opened for public. It breathes in the heart of downtown Dubai and is one of the most visited tourist spots in Dubai. It has lifted the city of Dubai to another level! 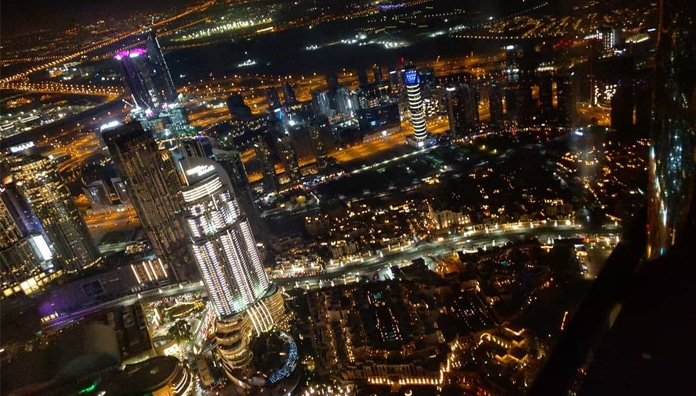 Sneak-peak inside- apart from having plenty of tourists from around the world throughout the year, Burj Khalifa has more to it than just tourism. It is home to the world’s tallest mosque and demonstrates the sayings of the Quran and Islamic culture widely.

-Next comes the built of this spectacular building. It has 57 elevators and 8 escalators that take you through the residential and commercial area inside it. The residence occupies around 900 flats.

– Burj Khalifa also features the facility of magnificent spas, top-notch restaurants, swimming pools, and a dazzling nightclub. What more do we want? 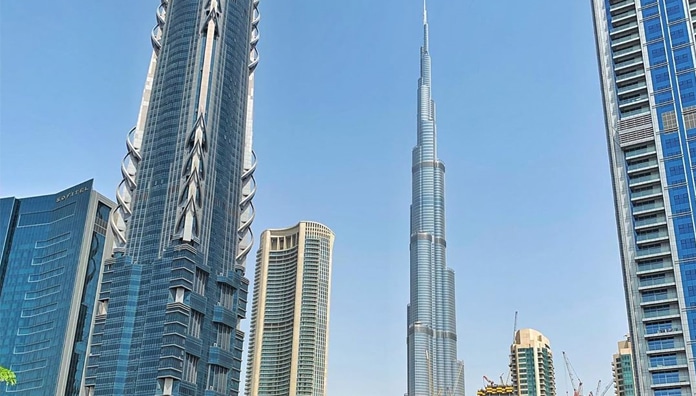 -a single 1BHK residence at this estate costs around 70 crores. Here you can enjoy fancy indoor & outdoor swimming pools too.

-the Armani flat owners are free to access the gym and spa facilities too.

Attractions- the observation deck is one of the most panoramic view decks on level 122,123,124 and 148. With a bird-eye perspective, you can have a spectacular view of all the skyscrapers of the Gulf Emirate. At level 124, you will be 452m above sea level. Enough for head rush right? If this fails to satisfy the adventurer in you then head to the 148th level. Now you will be 555m above sea level. Supposedly, some of us will faint!

-along with an observation deck at level 122, it also features the world’s highest-altitude restaurant serving the best tea in the city. Which will be quite pricey but who cares? You’re on top of Burj Khalifa-it’s paradise! 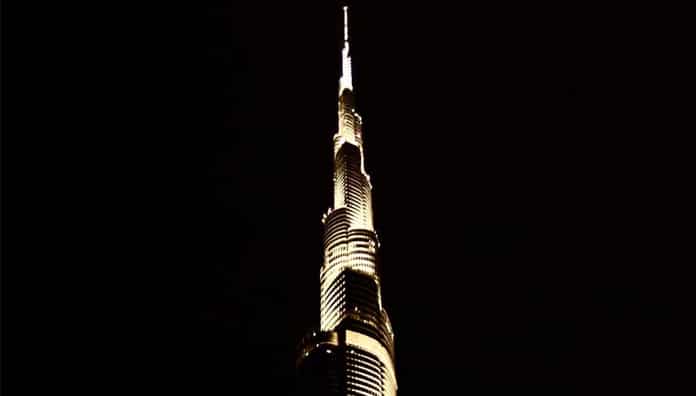 -no you don’t have to climb up to the top floor, just take the high-speed lift and experience the thrill like never before! The lift has bagged the third position as the fastest elevator with a speed of 36 km/hour. It can accommodate 12 to 14 persons in one go.

-a fantastic LED display night show is sure to astonish you. If you thought there was enough seen inside the Burj Khalifa, then there is even more in store for you on the outside. This night show changes every 14 days and locals/tourists love it. This night lights display on the skyscraper building will take your breath away. Be ready to unfold this magical show when the sun goes down.

Best time to go- Visiting Dubai is always a blissful experience. To have a great time at Burj Khalifa without much crowd and man-handling, it is advised to book the tickets in advance. You don’t want to get in long lines and spoil the evening. You should visit after the sun goes down and watch the LED show too. You can also prefer going in the morning as recently sunrise sessions have started here. So you can have a mesmerizing view and give a great start to the day!

How To Visit Paris On A Budget