The United Kingdom also called as England or Great Britain is the country which once ruled nearly the entire world a century ago. The glory might have been lost but people are still proud of their country and heritage. It has come a long way from a colonial empire to a member of the EU. The country comprises mainly of England, Scotland, Wales and Northern Ireland. The country is full of scenic locales and energetic cities. Also the county is home to nearly two million heritage points. The capital city of UK is London. A city beyond comparison, representing itself as an icon of diversity with people from different races, creeds and all walks of life blended into its culture. It is also home to many architectural marvels and one of them is the London Bridge. While York and Durham manifests the bygone era of country, Liverpool and Newcastle are modern industrial marvels. Not to forget the scenic Lake District and Edinburg still attract people from all over the world.

The population is around 61 million and the official language is English. Other regional languages spoke are Welsh, Scottish Gaelic, and Irish etc.

It is located in Western Europe and consists of islands including the northern one-sixth of the Ireland. It is 22 miles from the France border and linked by a under sea tunnel. The terrain is mostly rolling lowlands and low mountains.

It has a moderate climate but lots of rain with around half of the years being overcast. The lowest temperatures never go below −15 °C (5 °F) and in summer the average maximum is 34 °C (93.2 °F). It also gets snow in winter and early spring.

The handshake is customary when you are meeting somebody for the first time. When visiting someone’s house a small gift like flowers or chocolates is customary. Waiting till everyone is served before eating is also one of the etiquettes. Tipping is usually 10-15% in hotels, restaurants and taxis. Smoking and non-smoking areas are clearly designated and thus should be taken care of.

By Air – The domestic airlines is British Airways which also connects almost all major world destinations. Almost all airlines connect UK through London which is hub for all international flights between east to west and west to east. Heathrow and Gatwick are international airports of London.

By Sea – Since UK is surrounded by water from almost all sides it has many ports. There are many ferry services operating between Europe and UK.

By Rail – Trains connect Ferries at Dover, Folkestone, Newhaven, Portsmouth and Weymouth, sailing for Belgium, France, Germany and Spain (you need to board at Victoria Station in London); and at Harwich, sailing for Germany, The Netherlands and Scandinavia (you need to board at Liverpool Street). Eurostar train connects London with Brussels and Paris through channel tunnel.

By Road – The vehicles can enter UK through channel tunnel. Cars and motorcycles, coaches, minibuses, caravans, campervans and other vehicles over 1.85m (6.07ft) can also use channel tunnel. Bicycles are also provided for.

Don't Miss it QatarAirways.com Review
Up Next BrusselsAirlines.com Review

Bishrelt hotel is one of the best located luxury hotels in the heart of Ulaanbaatar city.The hotel has a spa…

In the heart of the city just over a quarter mile from the National Museum, V Hotel Bencoolen features an…

This property is 1 minute walk from the beach. A 25-minute drive south from downtown Athens, the 7-floor Divani Apollon… 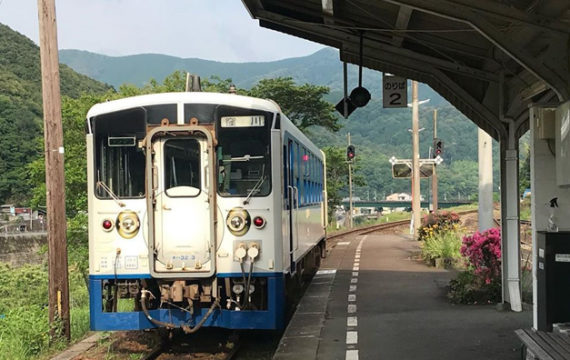 Long-distance trains are the most tiring yet the most fun way to enjoy the most gorgeous scenery on the way.…