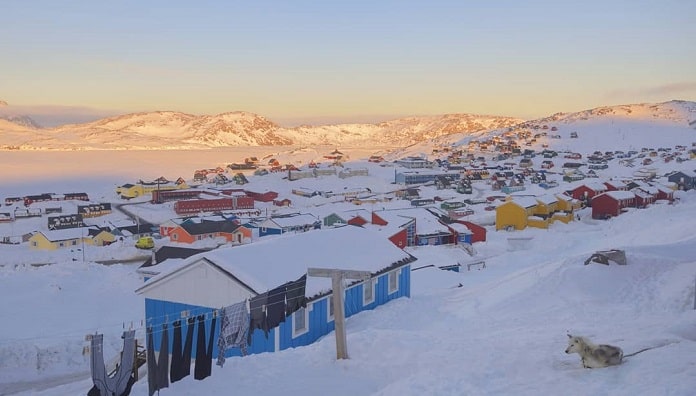 Know about Greenland with these cool fun facts

You would have heard of Greenland but I am sure there would be a little of it you would actually know about this country. This unique and beautiful Arctic nation is often misunderstood and there are some false notions in people’s minds about it. For a start, you would be surprised to know that this nature’s beauty is located both north and south of the Arctic Circle. You didn’t know it, did you?

Here we have listed some fun facts about the country that would probably inspire you to pay a visit to this country at least once.

1. World’s largest island was once Green 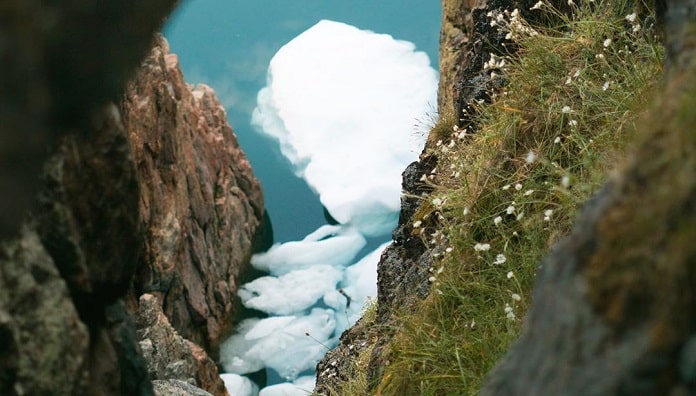 Greenland is an island country that is mostly covered by ice. It has a total area of 2.16 million square kilometers of which 80% is covered by an ice cap. It is mostly covered by ice, snow, and glaciers making this Arctic nation mostly white. Then why is it even called “Green” in the first place? This is so because this name was given to it by ‘Eric the Red’ a murderer from Iceland who was exiled to the island. He did this to attract settlers as he hoped that people would think that the temperatures are warmer here and the grass is green.
As per some studies, about 2.5 million years ago, it was actually quite green and had about 280 farms in its two early main settlements. And in present times, 20% of the island stands true to its name as south of Greenland is at comparatively lower and warmer latitudes.

2. No roads and just two airports have access to the nation 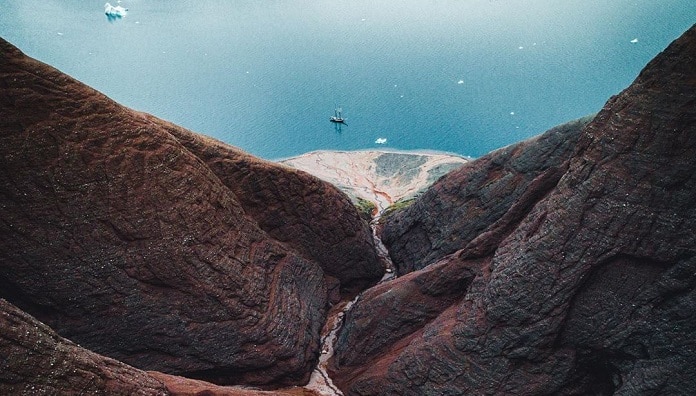 It might sound astonishing, but Greenland indeed has no roads and you can fly to Greenland just from Denmark and Iceland. Some roads do exist but just within the towns and not on the outskirts. There are no roads or railway systems in the country to connect various settlements even though it has a land area of 2.16 million square kilometers.
The most popular mode of transportation by far is its boats. People move across the country through airports and helicopters and cover short distances on snowmobiles and dog sleds.

3. A Multilingual nation with Inuit culture 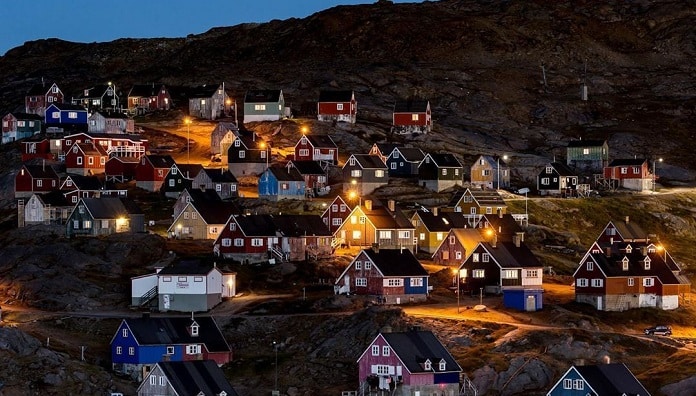 This sparsely populated nation is one of the least densely populated countries in the world with a population of around 57000 people of which 88% are Inuit (Kalaallit) or mixed Danish and Inuit. The remaining are of European descent mainly Danish. As implied from above, the languages which are spoken here are Greenlandic (Kalaallisut) and Danish. These two languages have been in use since the establishment of the Home rule in the country i.e. from 1979 and are taught to students along with English in schools.
The Inuit people (which actually means ‘Greenlander’), that is what they are called in their native language, Kalaallisut, doesn’t like themselves to be called ‘Eskimos’ and they strongly relate to Inuit people from other parts of the world like Canada and Alaska who also speaks a similar language to them, such as Inuktitut. The terms ‘kayak’ and ‘igloo’ that we use in English has its origins in the Greenlandic language. 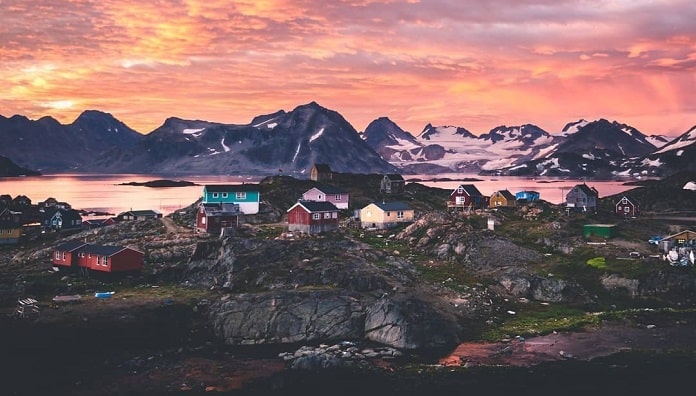 One of the astonishing facts, you must know about Greenland and must experience once in your lifetime is its ‘Midnight Sun’ It implies that every year from May 25th to July 25th, the sun never sets and remains throughout the entire day and night. June 21, the summer solstice has been declared as a national holiday in Greenland when the locals enjoy the day by basking out in the sun or by barbequing.

How to choose your next travel destination?